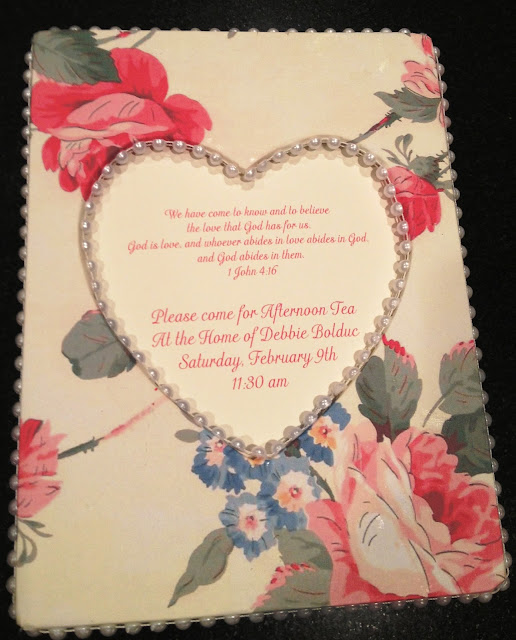 Designing and constructing these romantic Valentines invitations for my Annual Valentines Tea was a great deal of fun.  I must say when I handed them out I heard a lot of compliments.  That always makes one feel so delighted after much work and anticipation has been invested for others.

Each wooden frame purchased for $1.00 from Michael's was planned to look identical and feature as much of the flower design on the frame as possible.

I had some leftover Ralph Lauren wallpaper from a project many years ago. I scanned a portion that I thought would be perfect into my computer and printed out 30 copies.  Then a template was fashioned to wrap around the frame.  I used Modge Podge on some and adhesive glue spray on others.  The spray was much easier to work with, but didn't stick quite as well around the center heart as the Modge Podge did.

Hearts were traced from the inner backing piece and then I was careful to make them 1/4 inch smaller so that I could snip and affix the paper in such a way that it would adhere to the center heart-shaped frame piece.

After that, I cut red card stock paper into 6" by 8" pieces, traced the original heart backing that came with the frame and cut each heart out, starting at the center top of the heart. I trimmed the corners with a corner punch.  Left-over hearts will be used for a Valentines bunting.  A hole was measured and punched on the red paper where a small stick was placed to hold the frame up.

Once these pieces of paper were adhered to the frame, I then glued strands of pearls around the entire frame and then within the heart.  They turned out better than I expected!  After the Tea my guests will have a pretty frame they can place any picture, scripture, or saying the love within.

They don't know it yet, but they will be receiving a party favor that will compliment their frames and serve as a wonderful and useful gift.  I'm looking forward to blessing them and can't wait for next Saturday.  I will post pictures of the party favor after the Tea, as many of my guests read my blog!

Do you have any special Valentines plans this year?  I'd love to hear about them!  I hope you have a delightful Valentines celebration.  Hugs, Debbie 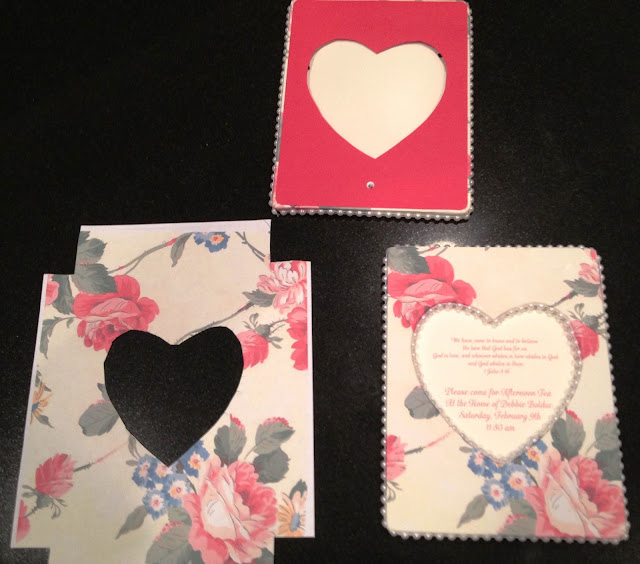 Below is how the frames were wrapped before presenting them to my friends. 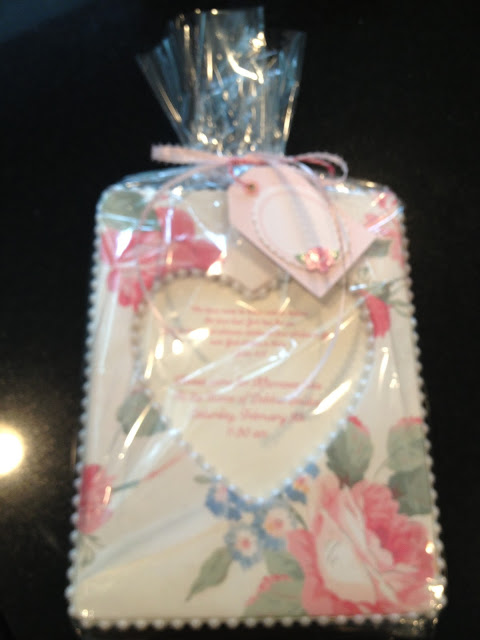 Posted by Debbie Bolduc
Email ThisBlogThis!Share to TwitterShare to FacebookShare to Pinterest