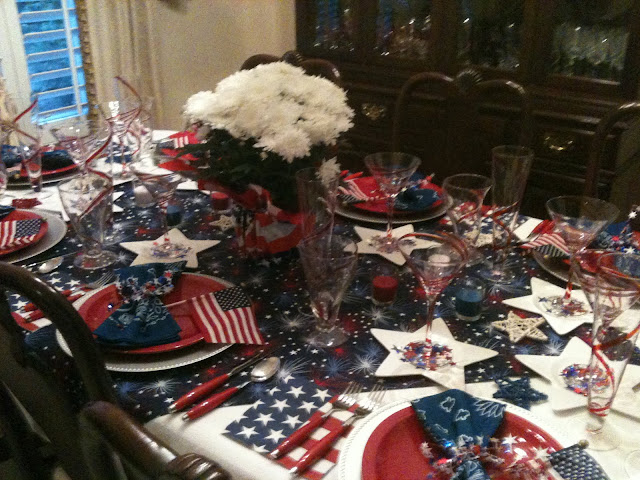 I love America and I love decorating for and celebrating the Fourth of July with friends each year. It really launches summer for me. For this table, a table topper square was constructed from a sparkling fireworks fabric to highlight a Fourth of July theme. 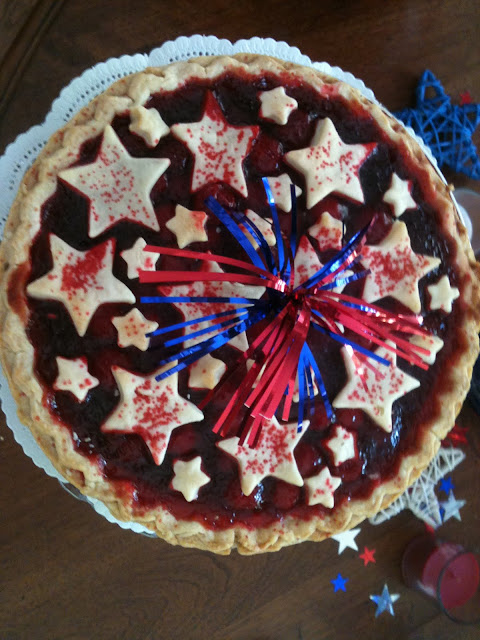 Easy-To-Make Fourth of July Cherry Pie: Fill a prepared pie shell with Comstock Cherry Pie Filling. With a second pie shell, cut out star shapes in varying sizes. Place them all over the top leaving room for the red cherries to show. Sprinkle the stars with red colored sugar and bake the pie according to directions. A decorative fireworks pick was inserted to add the finishing touch. 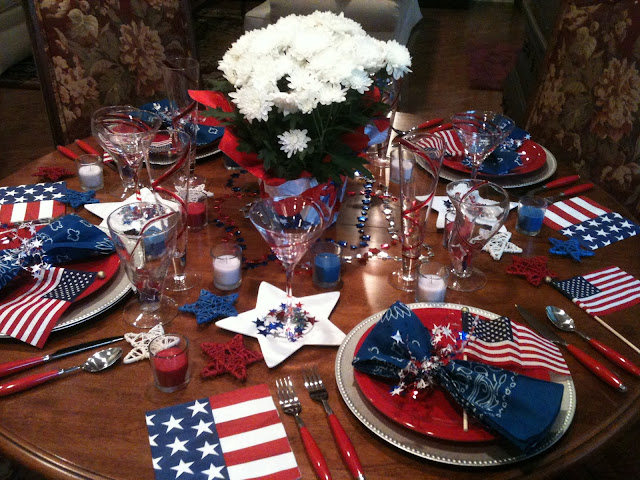 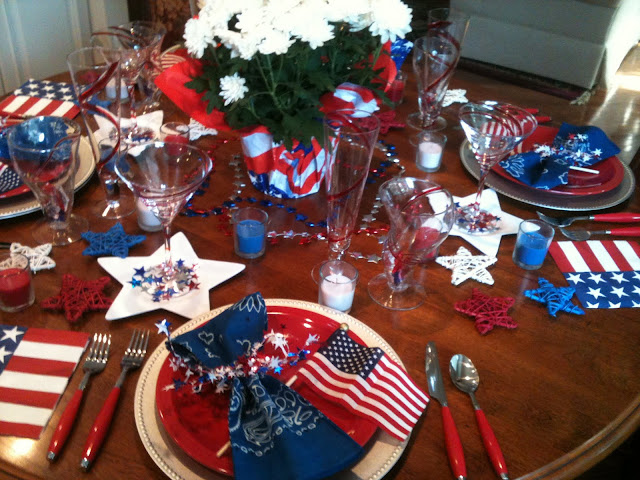 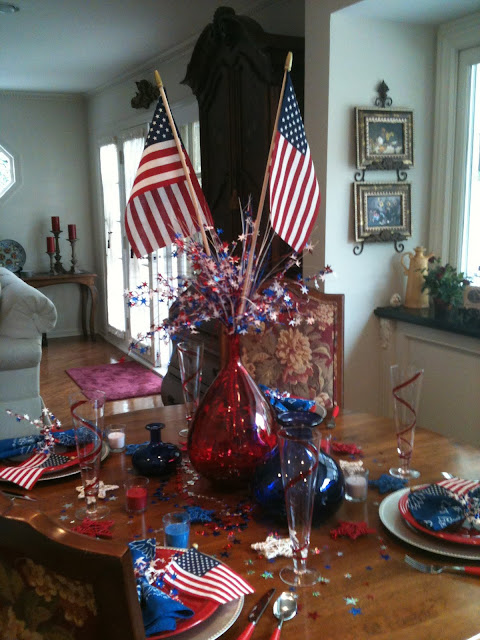 Decorative glass vases are very popular now and these added the perfect touch I wanted for drama. American flags and fireworks sprays were added to show some pizazz. 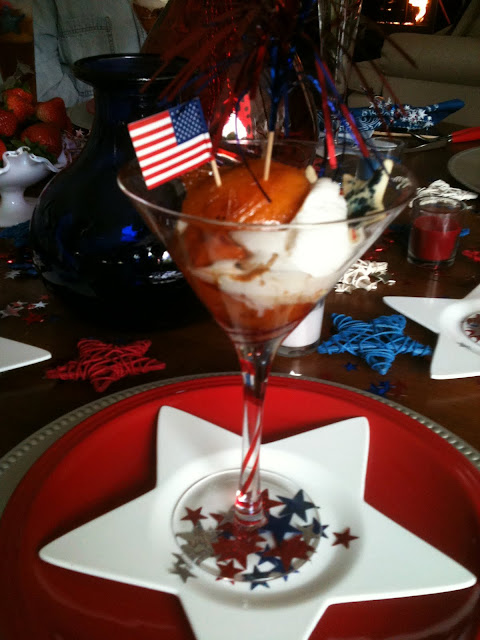 Vanilla ice cream and baked peaches topped with cinnamon were served in Margarita glasses and adorned with an American flag pick.


For this party, along with the dessert, barbecue ribs were served with Best Foods Mayonnaise's recipe of Classic Potato Salad. My mom's barbecue baked beans, (yum!), baked corn on the cob, (so great because it doesn't get soggy!) Bake in a casserole dish for 30 minutes at 325 degrees. Add whatever spices you like. Everyone always comments about how good it tastes this way. Additionally, watermelon slices were served with blueberries and ice. A simple three ingredient Cole slaw was served. Purchase two bags of green and purple cabbage mixed with shredded carrots; add a mixture of 1/2 cup vinegar and 1/2 cup sugar. Chill and serve. Sooooooo good!

Place the mixed ingredients in a buttered 13 X 9 inch casserole dish and cover with foil.
Bake at 275 degrees for 45 minutes. Remove foil and bake for another 45 minutes.

I'd love to hear your comments on how you celebrate the Fourth of July.

Posted by Debbie Bolduc
Email ThisBlogThis!Share to TwitterShare to FacebookShare to Pinterest